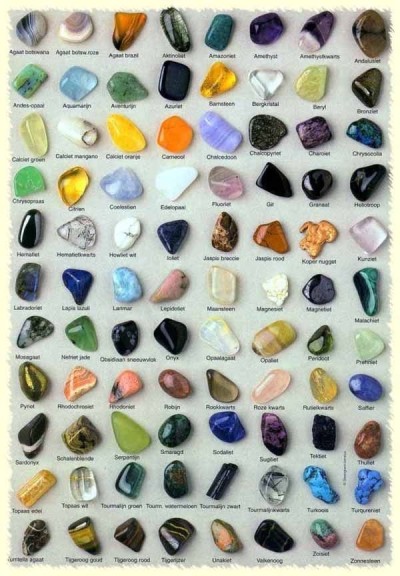 I once bought a small hematite rock from a crystal healing stand. I’d gone with a friend to have our palms read, and the reader also sold polished rocks that were said to have powers like “help overcome addiction”. At the time, I was working with children between 7 and 10. When they complained to me about something (eg. “It’s too cold to go outside!”), I’d pull the hematite out of my pocket and hold it towards them, saying: “This rock protects me from your negative energy”.

Invariably, they stopped complaining. Some were curious: “what is that?”, but all were surprised. I’d correctly assumed that none of the people in their lives responded to them with crystals. Their shock threw them off the ol’ trail-o-childish-complaints, and they were more likely to do things like put their coats on. (Note: this trick does not work with adults).

I’ve had other brushes with pseudoscience, mysticism and even magical thinking – there have even been times I’ve actually believed. After some particularly bad luck, I read up on Feng Shui and rearranged the house in the hopes that luck would turn. I have a superstitious streak, and it’s not just because I love Stevie Wonder.

So I understand when others are superstitious: I’m patient, even. I’ll think: “We should be accepting of different belief systems! What’s the harm?” but sometimes, sadly, there is harm.

Earlier today, I heard a story about a bear poaching: where we live, many bears are killed for their parts, and then their parts are sent to people who think that eating or having them will give them special power – like drinking tiger’s blood or eating a shark’s fin.

There are other extreme superstitions in other parts of the world, of course. But I’m starting to notice psuedoscience on a smaller scale. The other day, I went to buy a baby gift and noticed a box of amber necklaces at the corner, for babies:

These are necklaces to help with teething pain. Some believe that amber is “a natural pain reliever… it warms up against babes skin and releases a natural anti-inflammatory” (link). Except this is not true: not only is it unproven, the claim is completely unfounded. Succinic acid is touted as “magic” or what makes the amber special, but not only is it not actually proven to be an anti-inflammatory, it’s actually a skin irritant in high doses (link).

So, babies who are wearing those necklaces are not getting any pain relief whatsoever. The parents, however, may benefit emotionally from a placebo effect.

Healing crystals don’t work: if you’re really sick, or really in pain, it’s best to opt for something proven by real science, like a salicylate (not the same as succinic acid).

And, unfortunately, there are no magic rocks that protect you from “negative energy”. Not to be confused with the “negative charge” carried by electrons, “negative energy” in crystal healing circles is more like: “sadness”, “anger” , “emotional pain” and “psychic attacks”. I’m not a doctor, but if you’re going to take advice from the internet anyway, for these, I recommend: reading my blog, having a cup of tea, or spending time with a puppy.