When I was growing up, my father used to tell me that we lived in the world’s most beautiful place. I believed him. Vancouver is very, very beautiful. For me, it might be doubly so: for years, I lived away and travelled and when I’d return, no matter what I’d seen elsewhere, when the plane descended over the ocean or the mountains, I felt the thrill of coming home.

So it made sense that people wanted to move here. When my grandfather was a boy, tuberculosis killed many people in his town, including his father. His family left Norway because of it. Like many migrants, my grandfather dreamed of putting down roots somewhere: he and my grandmother moved to Vancouver and settled. They bought a house, had a family, and worked. People came, the city grew.

My own parents did the same, but they had a smaller house and fewer children and worked. More people moved here, the city grew. As the city’s grown, some things have gotten more expensive.

In Narcos, there’s a scene where one of the characters says: “God made our land so beautiful, so rich, that it’s unfair: he evened the score by populating it with evil men.” Colombia is very beautiful.

Vancouver is not populated with evil people: it is safe, sometimes quiet. But it is very expensive.

If you work here, you make less than you do in other parts of the country. It goes with the territory. And there aren’t that many good jobs. I’ve heard that things cost a little more too, even gas. Your dollar doesn’t go as far.

Housing is stupidly expensive. And it’s becoming moreso every day. There’s debate about whether or not we’re in a housing bubble. I don’t know what’s going to happen in the future, but I know what it’s like now: it’s tough.

They say that the house prices here have “decoupled” from local incomes, which is a fancy way of saying that most people who actually live and work here cannot afford to buy here, based on their income alone. This wouldn’t be the first time that earnings had little bearing on price (Facebook stock, anyone?). So, again, homeownership here is tough. Tougher than it is in other places.

Here are the prices, in chart form: 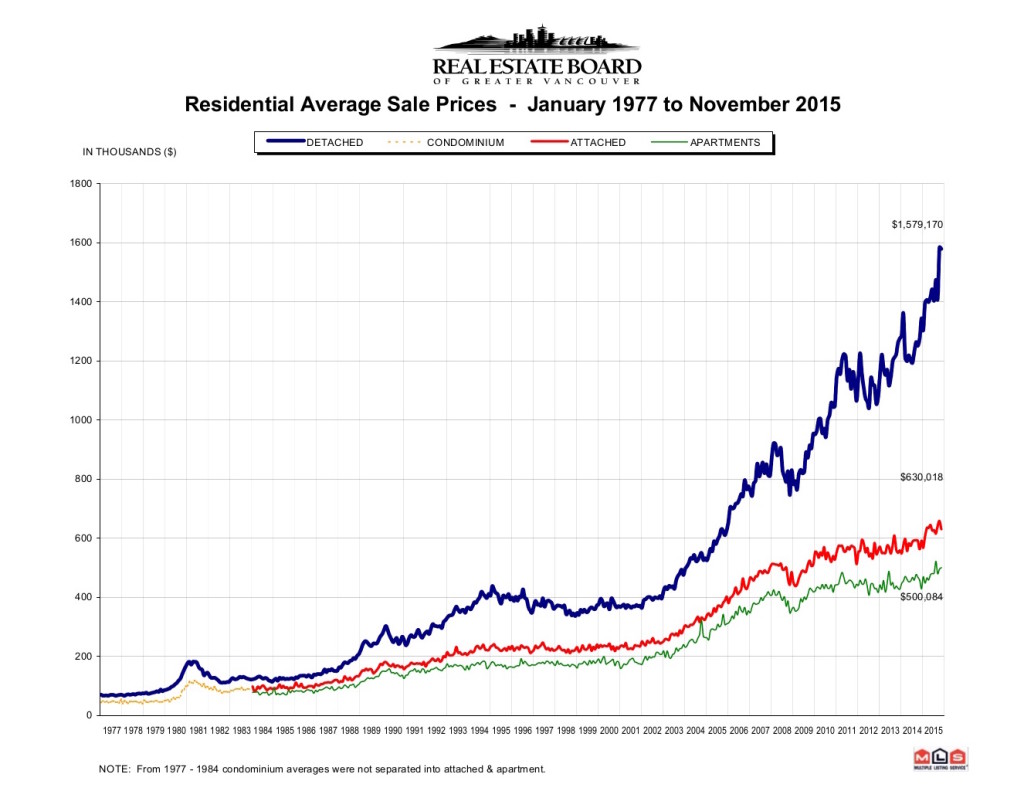 I’ve not been to Colombia, but I’ve been to other parts of South America. In Brazil, I remember being shocked by the wealth gap: it seemed extreme. In one shopping mall in Rio, the food court had tables with white tableclothes. Outside the mall, children played in the street without shoes. Coming from Vancouver, this seemed disgraceful.

But the Vancouver we live in now is not the Vancouver I was raised in. The fancier neighbourhoods now are very fancy indeed. Vancouver is the biggest sales market in Canada for Bentley Motors, but it’s not only Bentley cars on the road: there are so many luxury vehicles, you can’t swing a cat without hitting one.

And yet there are still down-on-their-luck people here (lots of them), which means that it looks like the wealth gap is getting bigger. It’s not unusual to see a Ferrari speed past social housing. I don’t know how I didn’t see it sooner: maybe it’s because when you live somewhere, change seems slow – but I wonder, now, if I were a traveller coming here for the first time, if I’d be as shocked by something here as I was in Rio.

*That’s a Ladysmith Black Mambazo quote, for those of you who can’t quote the Graceland album from memory.