I have a love-hate relationship with reddit. Sometimes I see comments, and I think: “this thread is all grouchy cynics who think they’re smarter than everyone else”. Or: “Ugh, racists!”. Other times, though?

A while back, someone posted a Craigslist ad for an engagement ring. I don’t spend a lot of time on reddit, so I missed it, but was delighted to read through a lot of these comments: on scams, on Craigslist, on Ikea (“Maybe there are a lot of people who see value in ikea furniture that’s already assembled :/” made me laugh), on broken engagements.

This story, about a man whose car was impounded for speeding, and then complained that the police didn’t drive him home, was also reddit-worthy.

When I was about 4, my dad was driving somewhere and the fuel was low. He ran out of gas on his way to the gas station, 3 children in the car, all under 4. I don’t remember him swearing, but in hindsight, when his station wagon ground to a halt and he looked at his daughters, ages 4, 2 and 1, who looked at him and innocently inquired: “Daddy, car stop?”, he must have been pretty choked. 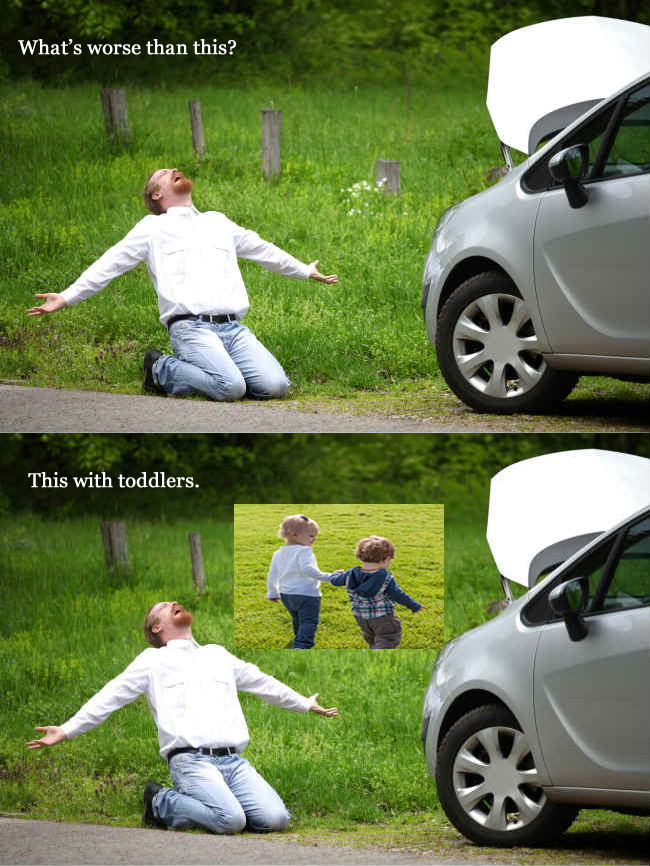 We kids thought it was an adventure; we even hitch-hiked to the gas station, which we were driven to by a nice older couple (this is in the days before cell-phones). When we told the story to my mom later, she laughed. Not only was our delight at learning to hitch-hike (thumb’s up!) a sharp contrast to what must have been my dad’s “oh shit” moment, he had to ruefully admit: “Honey, you’re right – I shouldn’t let the gas get so low”.

This, obviously, was not the Maserati-driver’s reaction, nor his wife’s. There was no: “Really, I shouldn’t have been speeding like that.”