It’s pool weekend, Vancouverites. This weekend, our pools opened. It’s been marked in my calendar for weeks, with an exclamation mark – though I didn’t need to put it there. Because I have the date memorized. Saturday of the May Long Weekend.

Now, some of you may be thinking: “What? The pools are open year ’round.”

A technicality. Yes, some pools are open year round. They look like this: 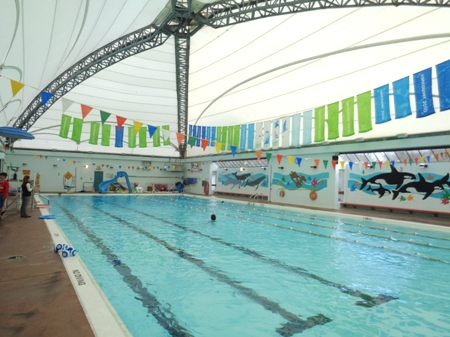 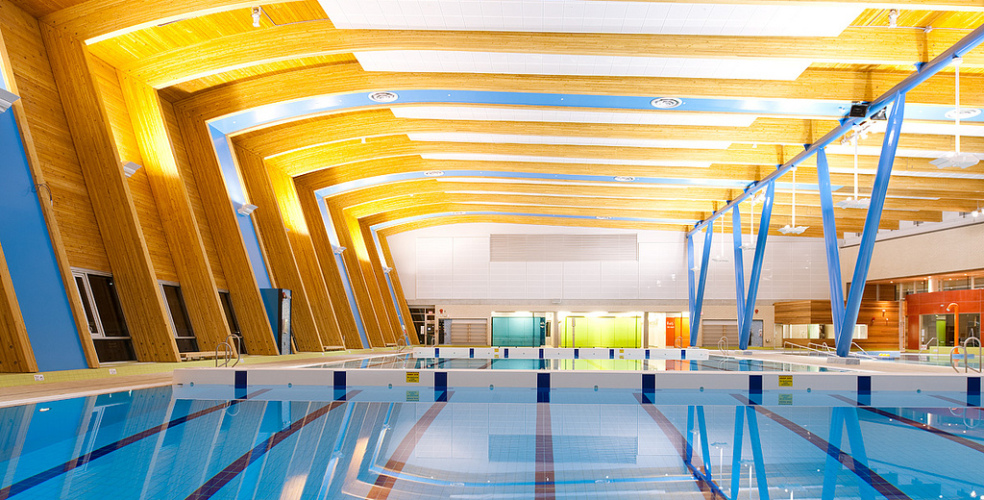 That second one, the Hillcrest pool, I’ve seen described as a “jewel” or “Vancouver’s flagship swimming facility.” Sure, it’s nice – but it’s no jewel.

Please. We all know what the jewels are – they opened today: 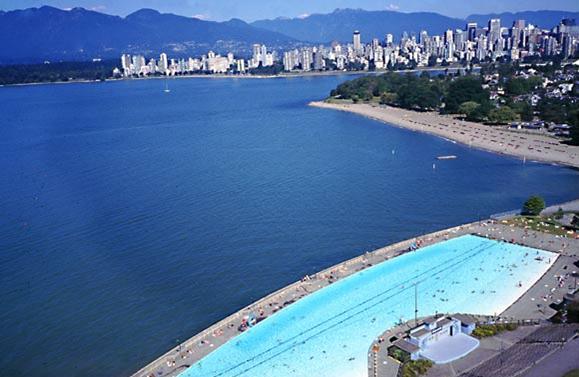 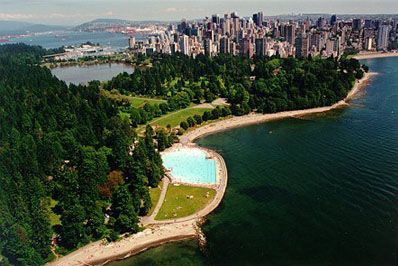 I rarely go to New Brighton, because it’s the furthest from where I live. I probably should go to Kits Beach pool more – sometimes when I drive past it, I think: “My God, can something so beautiful be real?” – but I don’t. I’m a Second Beach loyalist. It’s not hard on the eyes, either.

Or rather, I try to be loyal.

I’ve swum for as long as I can remember; probably longer than most. When we were very small, my dad was at a beach when a little boy went missing. He was part of a body search for the child; the sooner we learned to swim, he thought, the less likely we were to drown.

I liked splashing in the water, sure. But swimming laps? Actual stroking and breathing and going into the deep ocean? I remember hating it and crying on the pool deck. I remember being so tired, and so cold, and swallowing or choking on chlorinated water, but my parents were determined. All of us could stroke and breathe while swimming in the ocean by the time we were 5, and most of us by 4. I don’t know that any of us enjoyed it, but you could throw any of my sisters in the ocean, and we could swim to shore.

I didn’t love it until much, much later. Sometime in high school, something clicked, and I started swimming laps to relax. All through university, I’d visit the pool and swim, and early on in my career too. I’ll go through a phase where I’ll swim about weekly for months on end; I’ll find it so meditative. And then I’ll stop.

Whenever I start up again, I’ll remember: swimming is a pain. Your hair is always frizzy, your towels are always wet, you’ve got goggle rings around your eyes, and your swimsuits always seem to wear out a little faster than you expect them to, leaving you to wonder: “Oh God, when I get in the pool, am I putting on a peep show?”

It’s also hard. It works your whole body – you’re not sure if you’ve broken a sweat, but after a few laps, you’re breathing hard.

That’s also why I don’t go to Kits Beach Pool: because it’s 137m long. I’m sure there was a long line of Ironmen and women at that pool this morning, chomping at the bit to get in and start swimming lengths. Swimming one lap there is the same as swimming 5 laps at Hillcrest. (Take that, Hillcrest.)

Me? I dragged my feet down to the 50m section of Second Beach pool, where I met my sister. It was a overcast, so there weren’t many people – all the keeners who don’t care about weather were likely at Kits.

It was still beautiful.

My sister (reluctant and groggy): “Are you sure you want to go in?”

Me (reluctant and groggy): “Yes. But we’re going out for lunch after.” I was, after all, wearing a new suit. (Show’s over, fellow swimmers.)

After a few laps, I hit my stride. 1-2-3-breath. 1-2-3-breath. Over and over, until my shoulders ached and it was time to get out. My sister swam like a fish – she looked exactly the same as she did last time we were there, before the pool closed in the Fall. It was hard to believe that another year had passed.

And, it’s still hard to believe that view. Doesn’t matter how many years it’s been, every time I pull myself out of that pool and look out at English Bay, it feels like a dream. When there’s a seagull by my towel, even more so.

Swimmers, take your marks! And get down to the pools!