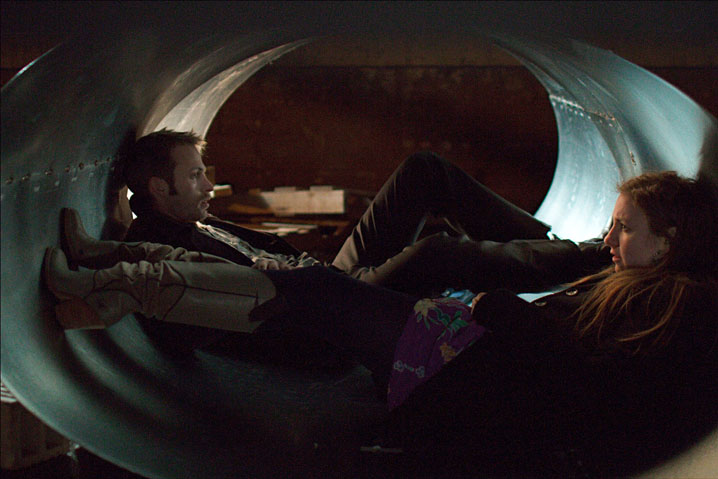 One of my close friends recently watched Tiny Furniture. When she told me, I paused: “What did you think?”

The film, which some have described as a comedy, follows the young Aura as she flounders around New York, home from college and seeking her own footing. There are some funny parts, but a lot of it is wrenching.

I remember those years: finishing school and starting out. I remember how ugly they were. Tiny Furniture brought me back to that time. Maybe I wasn’t staying in an all-white loft in New York with my mom and younger sister, but Aura’s having a tough time – taking those first steps, starting to build her own adult life, looking to find love – it brought me back.

The scenes with boys I could barely watch. Aura’s desperation, her trying to be “cool”, her flirtations and her willingness to do things to be desirable, with boys who use her, baldly. Ugh.

While I wasn’t as self-destructive as Aura, I cringe to think of some of the things I did. I was lonely, I wanted to find love. I dated a boy for a few months; while he was housesitting for an uncle, I invited myself over to his house for a few nights (or rather, took him up on a reluctantly offered invitation), cleaned and cooked for him, and generally doted on him while he lived in his own head, too selfish to treat me with respect. One day, he brought himself home a donut, and only when he got to the door did he realize he should have brought me one too. He gave it to me sheepishly, I accepted, and I let it sit there all night while he asked, balefully: “Oh, are you going to eat that?”

Though later, I took perverse pleasure in having let him stare at the donut while I said: “Yes, after dinner. I’m saving it.”, at the time, I was simply too sad to eat it. I was 22 and stupid.

My good friend? She did the same. Put up with behaviours she cringes to be reminded of today.

As a grown woman now, I have such sympathy for girls seeking love. I feel protective of them, I want to save them from shame and heartbreak. “Love doesn’t feel like that – that’s not what it looks like”, I want to tell them.

And, though I know boys experience shame and heartbreak too, it seems many girls and women have a harder time of it. Staying in abusive relationships, feeling pressure to be “sexy”, doing things they may not be comfortable doing. Wrapped up in their own selfishness and jockeying for position, men can be very cruel to women.

I saw two stories last week that made me sad: one about a gang rape of an unconscious girl in Brazil, a 16-year-old drugged by her boyfriend and then raped by at least 30 men, who took photographs and posted them on social media; another about a 15-year-old sex trafficking survivor who had a crush on a boy at her high school, went into the boys’ bathroom to find him, had sex with him and many other boys there, and had that all posted on social media too.

Those are extreme stories – they’re extreme examples. But I see such parallels between the Aura character in Tiny Furniture with that girl in the Florida boys bathroom – desperately trying to be sexy and fun for some boy because she wanted to belong, but only being used.