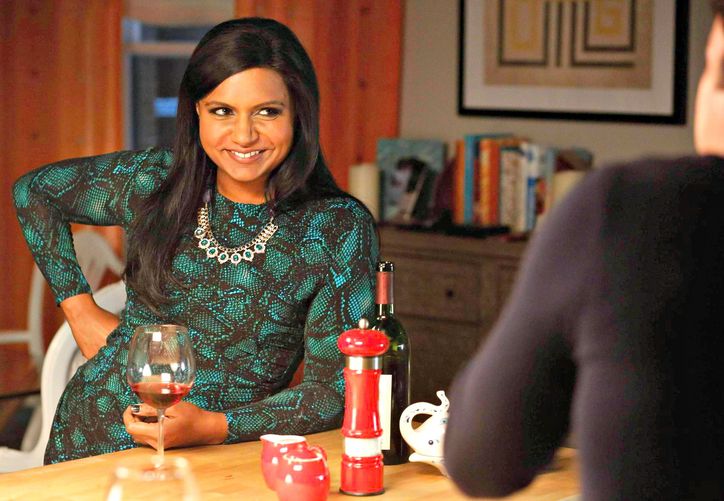 On a recent episode of The Mindy Project, Jody (one of the characters) tells Mindy that he doesn’t think of her as being Indian: “Honestly, I think of you as a white man, largely because of your entitlement.”

I laughed, then gasped. Eureka!: “Oh God, I have that entitlement! That’s it!”

You guys, this explains so much about my elementary, high school, and young adult experience, I cannot tell you. It even explains why I think I should have a blog wherein I deign to tell you (the general public, ahem) what I think about: Why should I have this soapbox? Because I have something important to tell you about my cat. Ahem. And you will listen, and you will love it.

I’ve had periods in my life where I’ve done things silently. Thoughtful things for other people; things to make their lives easier. This is not to say that I’ve never been selfish – of course I have – but I’ve also had times where I’ve berated myself for not being kind enough or generous enough with other people, or for working hard enough.

At work, I do this a lot – no matter what I’ve accomplished that day, that week, I could do more. Instead of telling that person how to do something, I could have done it for them. In the rest of my life? I used to be so hard on myself about making sure I had an appropriate hostess gift before I went to dinner or to a party. Or, earlier on in our relationship, if I had a day off and was at home, and Z wasn’t, I’d kill myself to make sure I ran all the errands and cleaned the house totally – once, I was frustrated because though I’d cleaned the house and run all the errands, I hadn’t had time to either prepare dinner or present myself – the house was clean, but my hair and costume were not done.

I pushed myself. A lot. Silently. And then I’d seethe at those who didn’t push themselves so hard, or I’d be angry when someone didn’t notice my efforts.

And you know what? I was a fool. Sure, the hostess appreciated the gift, but it would have been fine if I’d brought something else. Sure, Z liked coming home to a clean house, but he’d rather I be in a good mood than sad because the house was clean but my hair wasn’t arranged in an airy bouffant.

I’m not saying: Don’t do nice things for other people. Not at all!

I am saying: Do nice things for yourself too. Find a balance.

That’s right: go on, get yours.

The other night, a woman I met told me something about how she felt a little like an imposter – how she felt like she was just playing at her job, and that someone was going to catch her one day, like: “Gotcha! The jig is up!”

I could not relate.

I used to feel like that, sometimes. And then I saw people, people who didn’t work as hard as me, or weren’t as well-trained, or who made things needlessly complicated or inefficient, be promoted or praised. This is not to say that I was jealous – hell, no! – but it did make me think:

“If he deserves a raise, I DEFINITELY do.”

“If she gets more responsibility, why don’t I?” Entitlement, in other words.

A lot of this has to do with having confidence: as Mindy Kaling herself has said, confidence often comes from doing the work. If you really know your stuff, inside and out, and you can jump all the hurdles and do all the tasks, then why shouldn’t you be compensated? Why shouldn’t your efforts be accredited and acknowledged?

You have to be honest with yourself: you have to have high standards and be able to honestly assess the quality of your work.

But if you can do that, and your work is consistently excellent (unlike this blog), then why not? That’s not necessarily entitlement – that’s just self-esteem: knowing your worth and – more importantly – standing up for yourself.

So now, when I have a day off and Z doesn’t, I’ll run a couple of errands, sure. Maybe I’ll prep dinner; maybe I won’t. Maybe I’ll be in my pajamas, or maybe I’ll have brushed my hair. Whatever I do, though? “Oh, do you see how clean the floor is?” I’ll prompt. And I won’t sit, silently, feeling bad about myself for not being dressed up, and sad because he hasn’t noticed my efforts. I have too much self esteem for that. 😉