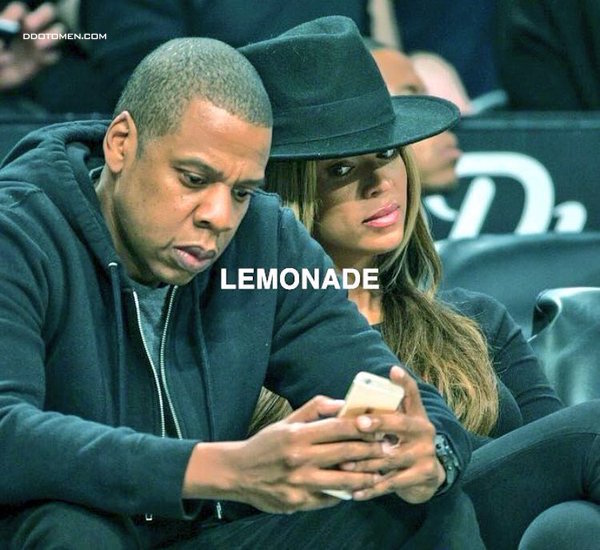 The other day, a friend mentioned she had some jealousy issues. This wasn’t a newsflash – I’ve observed them and teased her before – but as we were talking about it this time, I started thinking: “Wow, I’m not really jealous.”

She: “Well, you know (boyfriend name) is so friendly and open – he’s always meeting new people and socializing. Sometimes it’s hard for me – I know I have to get over it, it’s mostly my own insecurity.”

Me, thinking about how often Z meets new people: “Yeah, I dunno. Z is pretty quiet, I don’t really worry about him flirting with the ladies.” Also, Z isn’t on Facebook, which I hear can be a huge agitator.

My friend: “For me, it’s more when women think he’s friendly and then approach him. When we first started dating, women used to message him all the time, like: ‘hey so nice to meet you, we should hang out some time.’ or ‘I see you’re in town this week, let’s chill!’ or they’d have really sexy profile photos and then post on his wall, in a flirty way.” 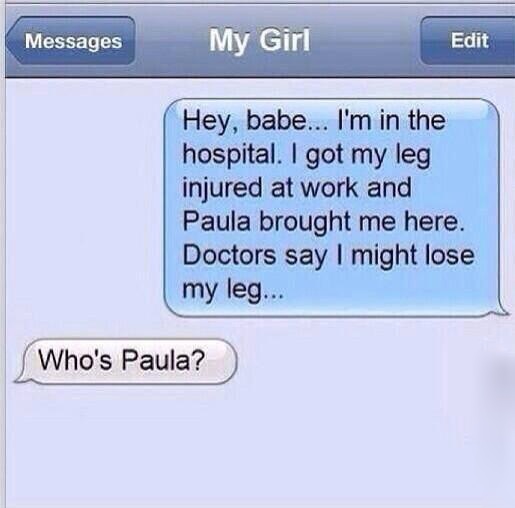 Then I remembered: Oh yes, I can be very jealous.

Me: “What? Other women flirt with your boyfriend?” I hadn’t even thought of that. Z flirting with other women is one thing – that I can’t see happening – but other ladies making the moves on Z?

I’d forgotten that that could happen.

We don’t get out much, Z and I. There’s a lot of quiet down time, at our house. A lot of spending time with family and friends we’ve known for at least 10 years. There’s not a lot of facebooking; not a lot of meeting new people – not even for work.

So I don’t have to confront the issue: what happens when another woman thinks your boyfriend is a fox? What happens when she doesn’t realize he’s taken, and saddles on over, batting the eyelashes.

I would not handle it well. Not because I think Z would reciprocate, oh no. But we’re married. You have to have a slight (very subtle, gentle almost) possessive streak to say: “Let the record show, he is MINE.” Forsaking all others, let no man put asunder, sickness and health, etc.

I like to think, in a situation like that, when receiving unabashed female interest while I observe, nearby, Z would blink like a deer in headlights: “Uh-oh.” I also like to think I would be smooth, all: “Oh hey honey (quick buss on the cheek)”, and that he’d introduce me: “this is my wife”, and problem would be solved.

But what about when your boyfriend doesn’t realize he’s being flirted with?

My friend and I, we’re from the same neck of the woods. For us, there are firm rules about how you talked to a man involved with another woman. A code of honour amongst women, if you will. We call it: “Girl Code”.

For example, take these sample messages:

When you’re sending an email to a boy you’re attracted to who is in a relationship with another woman:

Hi Doug,
Nice to see you and Eve on Thursday. Here’s the link to the article I mentioned:
(link to article)
Good luck with your work! Sounds promising,
Cheers,
Emily

You’ll notice – this is professional and action-oriented. It’s a follow-up email from a conversation, you’ve mentioned the girlfriend (Eve), acknowledging her existence. You ONLY send this email if the thing your sending is actually a favour to another person. As in: would make their life easier. So it’s either a recipe for an easy dish that they requested, or something for work. Ie. if he is a trucking and you saw something about that industry that came up in conversation and he hadn’t heard of it. You could also consider cc-ing Eve.

You do not: send emails out of the blue, fail to acknowledge the girlfriend, or send emails that are a reach – where you don’t really have a reason, but you’re stretching.

Anything other than this is flirting.

When sending an email to a boy you’re not attracted to who is in a relationship with another woman:

Hi Doug,
Nice to see you and Eve on Thursday! Here’s a link to the article I mentioned:
(link to article)
Good luck with your work! Sounds promising,
Cheers,
Emily

Yep, basically the same, but with another exclamation mark. You can be a little friendlier. But still, it’d be hard to read that and think: “whoa, she is coming on too strong”.

When sending an email to a boy you’re attracted to who is in a relationship with you:

And, in earlier stages:

When sending an email to a boy you’re attracted to who is single:

Hey Doug,
I had a really good time last night. 🙂 I’m going to be thinking about it all day! Bah – and I have so much work to do!!
Anywhoo, here are those articles I mentioned about things I’m interested in right now – I hope I didn’t talk too too much. 😛
(link)
(link)
I’m dying to hear what you think!
How do you feel about (Restaurant name)? I hear they have an awesome patio, and live music on Thursdays after 8.
xo Emily

See the difference? A little coy, a little open, a little bit of nervousness. No Eve. Opening for future get-together. Nothing about this is for his career advancement.

If I saw an email like that in Z’s inbox, I would flip. Would he realize that email #4 was a come-on, though? “She just likes saying ‘anywhoo’! Everyone uses emoticons! Thursday is during the week, and who doesn’t like live music?!”

For me? A line like: “I’m going to be thinking about it all day! Bah – and I have so much work to do!!” might as well be: “Please, let’s go take our clothes off and roll around.” There are rules.