Sometimes, I find myself thinking crazy thoughts, like: “Maybe I’m overreacting. Maybe there’s not as much gender discrimination as I think there is.” I’ll think: “Do I need to be as vigilant about feminism as I am?”

But then I see things like this, just around, in popular culture: 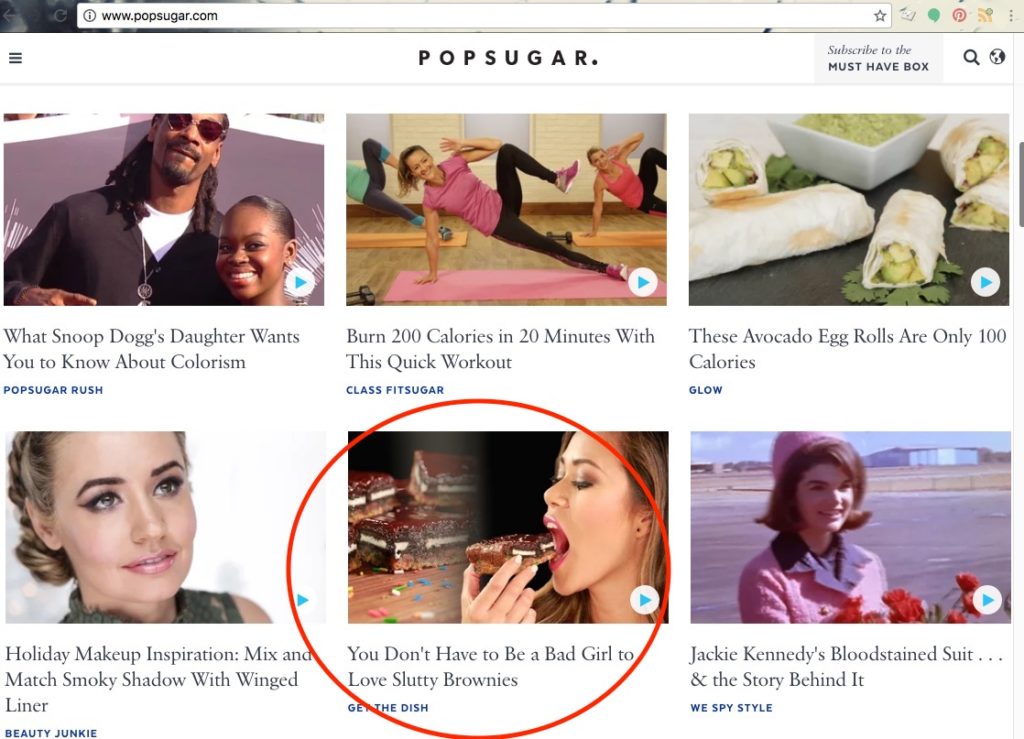 Or men will make inappropriate comments at my office, like about how “Sports is something men like”, and I’ll say: “Some women like sports too.” Or I’ll hear someone make a comment about their wife, or their marriage, or whatever. In a derogatory way, because they’re in an unhappy marriage. (News flash: if you’re sexist, your marriage is always going to be bad. Because your wife can tell.)

Nope. Women are more than what they produce reproductively. Your sex organs don’t define you. That’s the core tenet of feminism.

But I don’t like that kind of play. What is a “slut”? Really? I really don’t understand the concept. And not in a slut-shaming way, in a conservative “what happens in other people’s bedrooms does not concern or interest me way”. Even if a “slut” is someone who has sex with many, many different men, why is that “bad”? What if it’s just “good”, or “fun”, or “playful”?

Besides, we can all be bad and good at the same time. There’s no such thing as a “bad girl” or a “good girl”, I mean, unless you are scolding or praising your dog.

Because I like to think of myself as being so bad… I’m good. 😉