I’ve made other attempts at blogging: a friend and I blogged about restaurants (expensive!), I blogged about Personal Finance (after the restaurants). My last blog was actually about wine, that’s how much I love it. I was learning a lot, and then… (wham!)… I met my now-husband.

We met at a party one night, and the next I was in a relationship. There’s more to it than that (of course!), but the short of it is that my wine blogging hobby fell to the wayside for a couple of years, while I juggled other things. Whoops.

I actually kept the bottle of the wine I was drinking the night we met for months, not because I was being sentimental, but because I’d hoped to research it, and never did. Damn.

I am resolved to pick up the hobby again. Without further ado, here is tonight’s Cotes du Rhone! 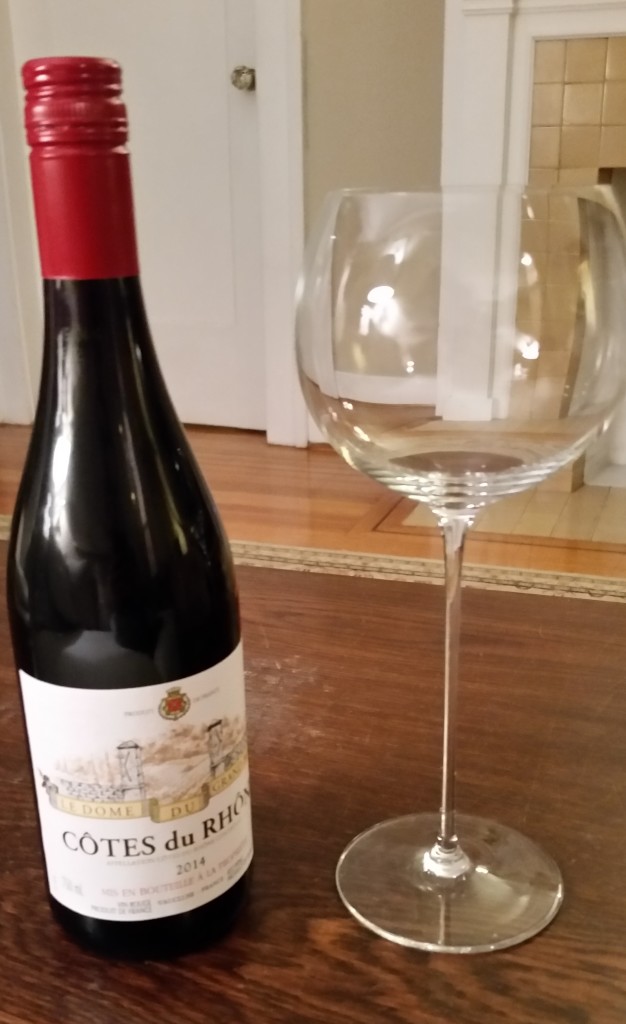 Why yes, that is the same wineglass that Olivia Pope drinks from on Scandal!

And yes, if she were my friend, I would have un-friended her years ago, when she kept on with a married man. I actually stopped watching the show because I couldn’t handle she and Fitz anymore (yuck). It was tough: I still look at Olivia Pope fashion images, and sometimes actually salivate when I see the coats.

I can almost feel the fabric of that cream, wide-lapelled wool coat on the right. It is gorgeous, kind of like the slight blackcurrant taste in this affordable red: 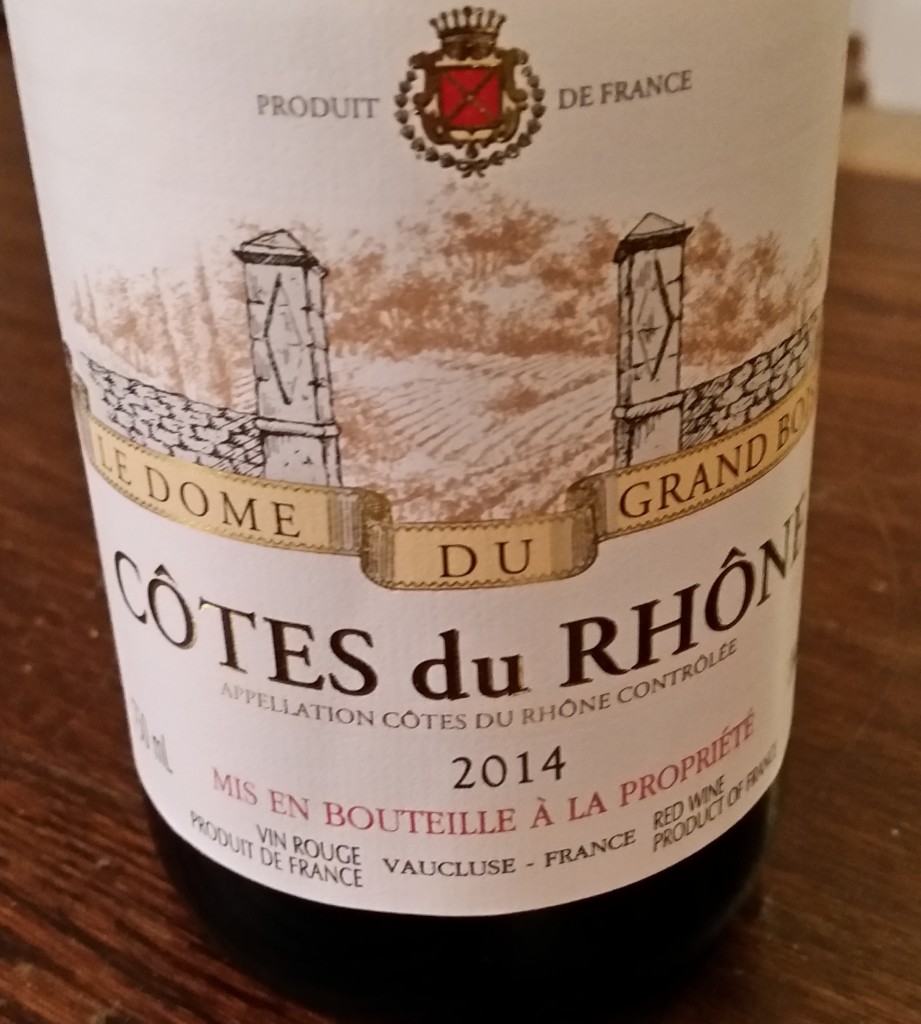 Like all French Wines, the wine is labelled by region, rather than grape. The grapes for this wine were grown near the Rhone, which flows into the Mediterranean from the Alps via France, and should not be confused with another European river, the Rhine, which flows from the Alps to the North Sea, through Germany.

I absolutely cannot taste the Alps in this wine, refreshing as it may be. Most of the wines from this region are red, and are a blend of Grenache or Syrah: this red is 70% Grenache.

If it tastes similar to Spanish reds, not only do you have a good sense of taste, but you’re also correct. Grenache, or Garnacha, was Spain’s most common red wine grape for a time (now it’s Tempranillo).

It’s a little jammy and sweet, which is what I wanted – not sweet like a riesling or gewurtztraminer (which are very sweet whites), but sweet like a zinfandel or a malbec. (Dry reds have no sweetness, like cab franc or bordeaux).