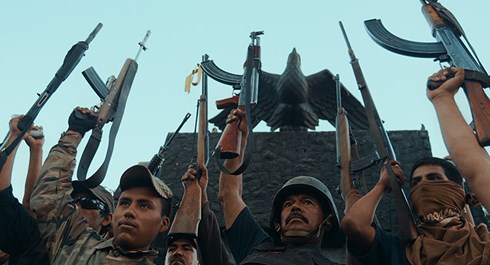 At times, while watching Cartel Land, M and I looked at each other like: “This is crazy! Is this real?” Of course, sadly, it is.

It follows two vigilante groups as they fight against Mexican drug cartels: one group, the Autodefensas, in Mexico; the other, the Arizona Border Recon, in Arizona. I’ve seen the film described as “a chilling, visceral meditation on the breakdown of order and the blurry line between good and evil”: having watched it, that sounds about right.

You can read more about it in the New Yorker or in the Guardian: both of their reviews were good.