When Q and I started dating, I mentioned that as a child, I owned a sweatshirt that said: “So Many Books, So Little Time”. He bought me one for Christmas. 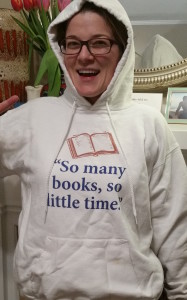 If I had my druthers, I would be reading books most of the time. There are so many books I want to read, they’re piled everywhere. In that pile, I have a few political histories, including 2 about Richard Nixon.

Nixonland is supposed to be excellent. I bought it years ago (time flies!), after seeing a production of Peter Morgan’s excellent play Frost/Nixon, which was later made into a movie. At the time, the latest biography of Richard Nixon was Conrad Black’s, who (for those of you who don’t know) has a reputation that may precede him… I was interested in reading a Nixon biography, but not by such a florid writer. (You can read a review of Nixonland here.)

Last year, we watched a bit of Oliver Stone’s series on United States history, which was very well done, if a little slanted. (spoiler: Oliver Stone is not Harry Truman’s biggest fan.) We also saw Best of Enemies, about the 1968 political convention television debates. Thinking about it now, it may have been my favourite film of 2015.

Watching these made me want to learn more about the time, and Richard Nixon again, so I was delighted to see a review of Being Nixon that specifically noted that this biography does not simply portray Nixon as a “crook and a war monger”. 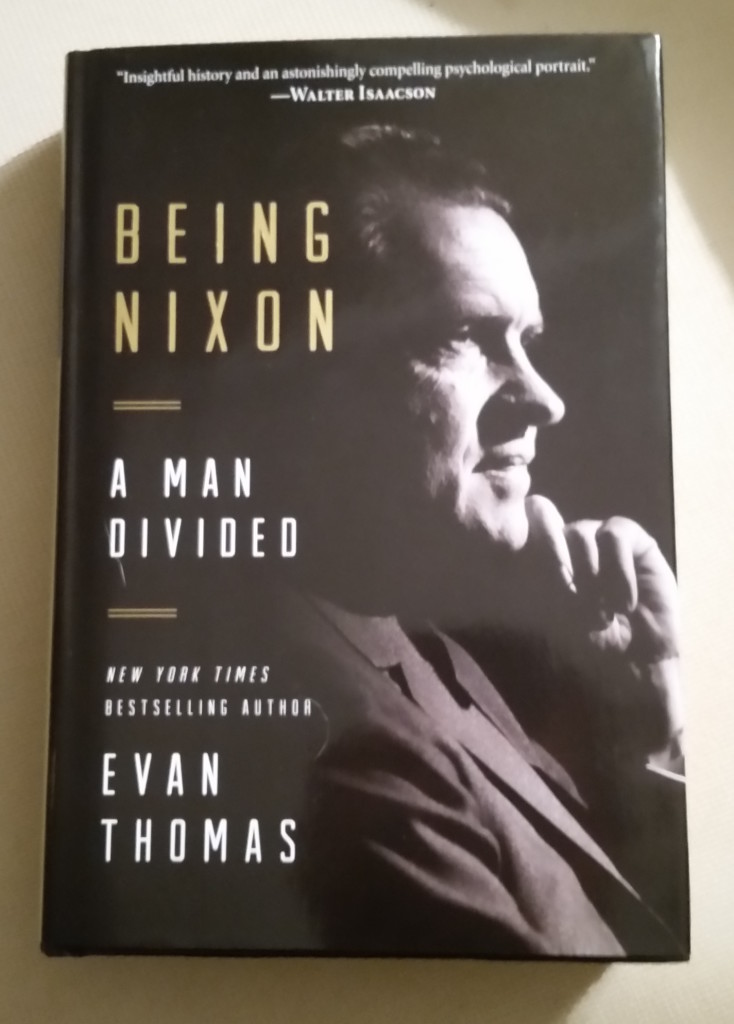 When Being Nixon arrived, Q was not happy. “What’s that?”

Me: “A balanced biography of a complicated man.”

Q: “Balanced?! The man is a crook and war monger!”

Me: “He must be more complicated than that. I’d like to learn more about it.”

This last line has made me laugh all week, Q’s indignation! I am determined now to read the biography. I may even have to read the more sympathetic, Nixon-favourable parts out loud.

After all, from where I’m standing, an awful lot of famous politicians could be called “crooks and war mongers”. Just not all of them are scorned for it…