A rhetorical question: I don’t care if I should be ashamed.

(An aside: do you think I’m enjoying it as much as his exes? As Winona? That’s also rhetorical: if I’m Winona Ryder, I’m cackling with glee at all of this. If I were Winona Ryder, I’d be so deep into the Google right now, I’d actually be reading this blog post. Aloha, Winona! Your shoplifting looks like child’s play now.)

You know how I feel about this guy, if you read this blog closely: 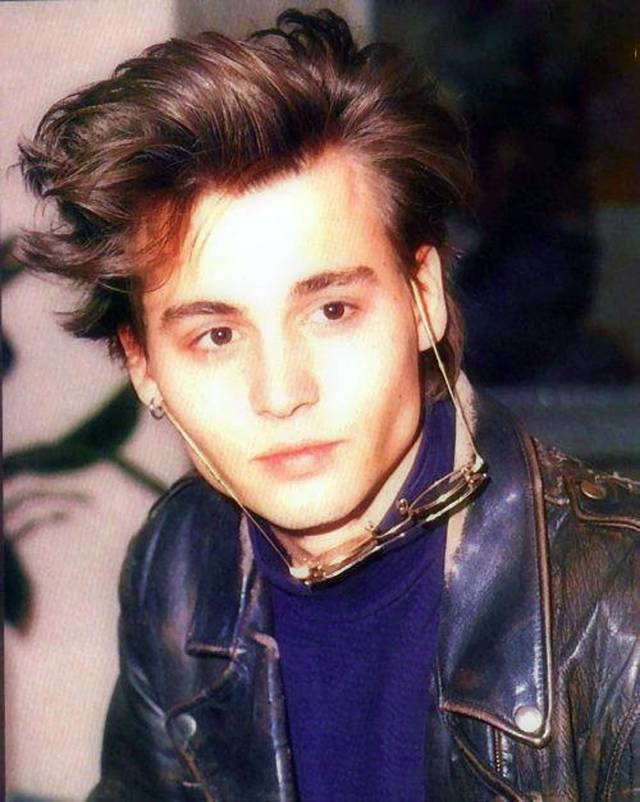 People who love J.D. and his musician side:”Oh, I know. Music speaks to my soul so much. He’s such an artist.”

People who love J.D.: “He just seemed so sensitive in Edward Scissorhands.”

Me: “I thought it was creepy.”

Me: “I preferred Hairspray. It was both funnier and smarter, if we’re going to talk about movies set in 50s Baltimore.”

Now, I’m not saying I didn’t enjoy Blow. That was a good movie. I also liked Finding Neverland, and I really liked Big Fish (though when I checked, Johnny Depp wasn’t actually in that. Whoops).

But I’m hardly in Johnny Depp’s target demographic. I never saw the appeal. He’s talented, sure – but millions of dollars for pretending to be the mildly annoying Captain Jack Sparrow? Please.

Yet I cannot tear my eyes away from this Amber Heard divorce mess. This is an awful, awful, mess. And I love it.

Don’t get me wrong: spousal abuse is disgusting. It’s foul.

A friend asked me earlier tonight: “Do you believe it?”

But is he an addict?

Does he do things when he’s not in his right mind? Would I believe that?

Yes, yes I would.

Most importantly, is he, like River Phoenix before him, surrounded by enablers and people who tell him he’s “cool” when he’s out carousing?

Yes, I’d believe that too.

I’ve known some good time boys, who love to be out drinking and shooting the shit. Good time boys who love to get wasted and piss the night away. They’re fun! And then one good time boy meets a girl, and falls in love with said girl, and one night she says: “Honey, I’m worried about your drinking. You take it too far some nights; you’re not yourself.”

She says: “Baby, not all the time. Just some of the time. How ’bout you stay in with me tomorrow night?”

And he says: “Guys, I can’t come to that concert and take drugs with you.”

And the good time friends say: “What?! Your girl is lame!”

And good time boy – he has to decide. What does he want? Life of mutual respect, love, financial stability, and deep commitment with girl he thinks is beautiful; OR endless partying/hangover cycle with his boys? Does he say to his friends: “You’re right, she is lame. Ok, I’m coming.” or “Fuck off tools.”

We even have a phrase for this: Rite of Passage. It’s where you choose the kind of life you want, and commit to it. Two roads diverged in a yellow wood, etc.

(This is, obviously, not one-sided. Lots of same-sex couples, and girls, including myself (hot damn!), have had to make those kinds of decisions. I’m just not usually described as a “good time”, so the analogy wasn’t as clear.)

Johnny Depp it seems, despite having had a ceremony, did not act like a married man. It seems he kept making the party choice; and when you make the party choice over and over and over, in spite of (when sober) saying you want to live another kind of life, you have what we have here: a Problem.

If anything, this disaster has given me a little sympathy for Johnny Depp – though I didn’t see the appeal before, I’ve known some addicts. They can be charming – so sweet and funny. So social. Kind, generous, etc.

And then, they’re not. Then they go too far, and they hurt you, and you tell them you’ve been hurt, and they swear – oh God, they swear – that they’d never, ever do it again and they’re so so sorry, and please oh please give them another chance.

Until they find another bottle. Or pipe. Or whatever.

They’re lying. This is important: that is a lie. Yes, when you’re very close to someone, you make yourself vulnerable, and that vulnerability may hurt you. Yes, in love, there is great pleasure and great sorrow. Yes, yes, yes.

But sometimes, there is no balance. Sometimes, they choose the bottle over you. Sometimes, no matter how much pain you endure, there is no corresponding joy. Then, you leave, as fast as your legs will carry you – because you need to choose you, especially when the person you love is not choosing you back. You get one life – don’t waste it on some sad sack.

Now, I feel bad for Johnny Depp. If he’s anything like the addicts I’ve known, this mess is sending him on a bender – a bender where he doesn’t have to think or feel anything. I don’t know him, and I don’t know his wife – I have no idea what will happen. I’m not privy to the details, despite what I’ve gleaned from People and TMZ. I cannot understand why she would have married him in the first place (you were sexually attracted to him?! Really – even with those teeth? You, looking like that? And you chose him?), though that certainly does not excuse his behaviour.

I love it, though. I love all the discussion about it. As bad as I feel for both Johnny Depp and Amber Heard, as awful as they must be feeling through all of this, goddammit: what a stunning example for us all to learn from!

A note of housekeeping: Last week, I posted this, and then took it down very quickly – I wanted to re-work some of my wording. I used to do things like that all the time, when I had no readers. Now that I have them (thank you, thank you), I suppose I need to learn to be more careful! Anyway, please read last week’s weekly highlights!