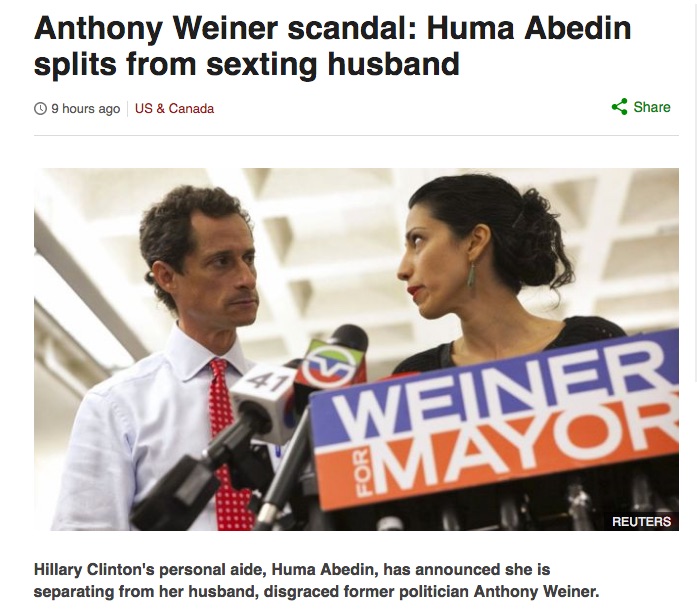 For the record: I don’t think so, I really don’t. Z and I talked about it today. Remember “Carlos Danger”?

For those of you who don’t know, that was Weiner’s pseudonym when he texted women he was not married to.

I don’t want to pile on too much, because I think it’s clear that the man has an addiction. This is extreme.

But I wonder, for Ms. Abedin, if it will be so easy for her to fall in love again. Many, many men look like superstar husbands next to Mr. Weiner.

“Wait a second – do you mean to tell me you only sent sexy texts to strange women before you were married?”

“Wait – when you had the affairs, your nom de plume was something other than ‘Carlos Danger’?”

“You mean to tell me, when you said you were watching your toddler son, you were actually watching your son, playing at the park with him, and not ignoring him to play in the other room, as you sent sexy texts to women you’d met on the internet?”