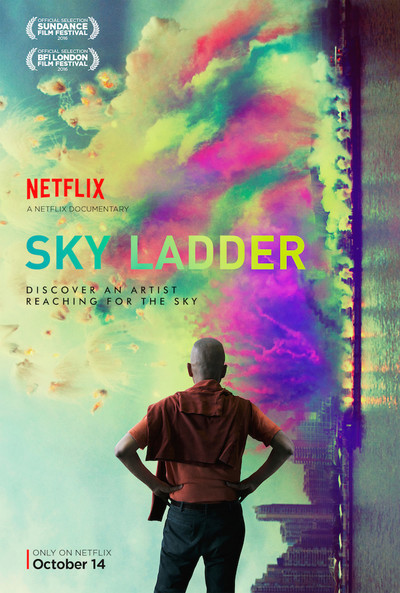 Z and I aren’t avid gallery-goers, by any means. Some art I like, some I don’t. Some, quite frankly, I think is vastly overrated.

But some? When you see something beautiful, it really is a treat for the eyes.

The other night, we watched Sky Ladder, a Netflix documentary about Chinese artist Cai Guo-Qiang, who works with fireworks and gunpowder. The film followed his latest attempt to create a giant ladder to the sky, but also looked at some of his other work. I hadn’t seen much of his work before, and was delighted: how big, how bold.

You can read more about Sky Ladder here. You can also see an example of his work here:

The film is exceptional, but warning: will make your neighbourhood Halloween fireworks display a little less thrilling. 😉