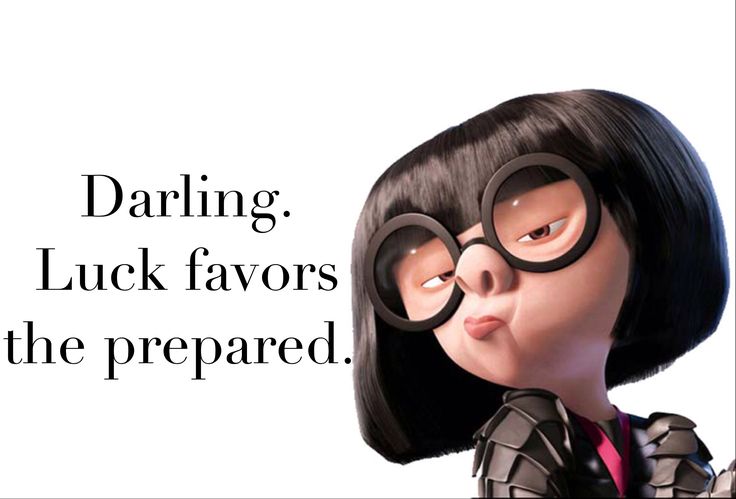 I worked somewhere where a quote was pinned to the wall: “Luck Favors the Prepared.” It was attributed to Eisenhower, but it’s actually a variation on a Louis Pasteur quote. Eisenhower said: “Luck is where preparation meets opportunity.”

I think about this often.

I have a tendency to focus on the areas of my life where I am unlucky. Thanksgiving – both US and Canadian – gives me pause for reflection.

Years ago, I invested in a stock. The stock proceeded to perform poorly; I still believed in the company, I liked its management, I thought they did good work. But our timing was off: we had to sell it at a specific time. Another opportunity had arisen and we couldn’t take it without the cash. So we sold, not because we didn’t believe, but because we needed the liquidity.

Today, our stock would be worth thousands of dollars more than we sold it for. I cannot tell you how this stings! I wish luck had been on our side, and that the stock had been valued at this price when we’d needed to sell. I think: “boy, that was terrible timing!”

Usually, I tend to focus on that kind of thing, to think about the ways I’m unlucky. But I am wrong to do so.

Our other opportunity is still in play. We’re still working on it. It might work out for us, it might not.

But we are taking a chance. So I remember:

You cannot take a chance unless you are prepared to do so.

If we hadn’t saved money, we never could have bought that stock in the first place. Sure, it didn’t work out as well as I’d have wanted it to, but at least our hat was in the ring. We were playing, we were getting dirty.

And if we hadn’t saved, if we hadn’t sold, we wouldn’t have been able to take this other opportunity. Our hat is still in the ring – and it might work out great! We are playing.

Many, many times, when my hat has been in the ring, it’s worked out far better than I could have even imagined. Some investments have performed better than I expected – not because I was more informed or smarter, but because luck – and timing – favoured me. On a (gushy) personal note, I never imagined I’d be as happy with anyone as I am with Z. Not even on my best day did I think I’d have such great friends, or that I’d be as close to my sisters, who have all turned out (luckily) to be kind people.

That’s the thing about taking a chance – even a measured, carefully thought-out one: sometimes it doesn’t work out, but sometimes it turns out better than you even dreamed.

And, what a beautiful thing it is to be able to take a chance: to have done the work and to put yourself in a position where you can. Becoming “prepared” takes work: often years of effort, years of saving, years of planning.

Luck may not favour you when do, but if it does? That is something to be thankful for.

And I am as thankful for when luck favours me, as I am for being able to be prepared in the first place.