When Fallout 4 came out, M played it a lot. It’s a video game set in the remains of Boston following a nuclear war. There are all sorts of post-apocalyptic beings; ghouls, feral beasts, super mutants. 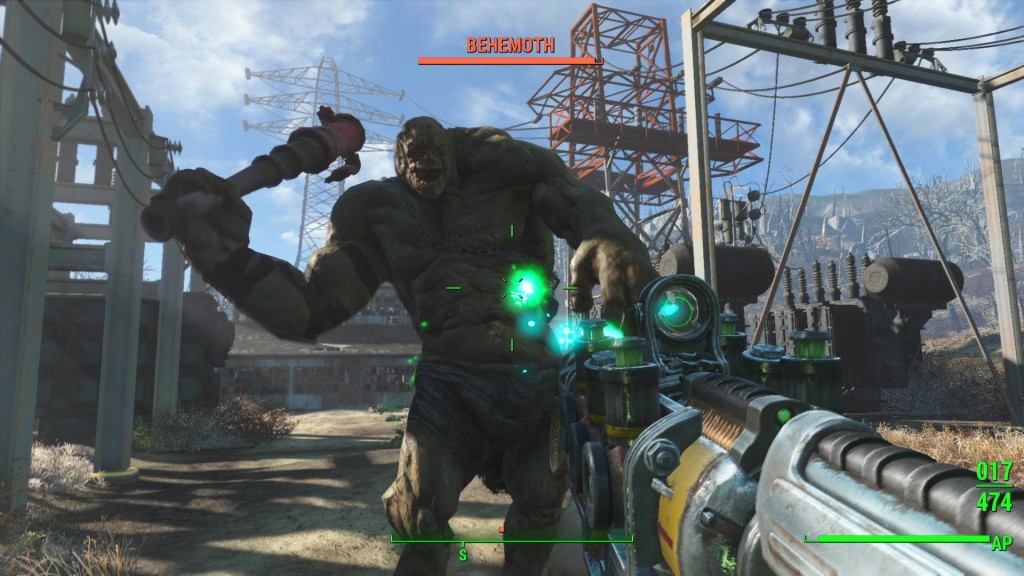 Watching it one day, I was confused. “But this isn’t what would happen after a nuclear apocalypse. Humans wouldn’t turn into that.”

M laughed: “No, but it’s still a good game.” (When I mentioned that I blogged about him sometimes and referred to him as “M”, he requested that I switch to “Q”, which I thought was a James Bond reference but may actually be a Star Trek reference. In any event, “Q” it is!)

I did a project on radiation sickness in high school. Radiation sickness is rare (for the project, I mostly looked at a lot of old images from Hiroshima). It’s also relatively straightforward: unlike a virus or parasite, it’s caused by energy itself. Radiation sickness is how your body breaks down after being exposed to large doses of energy (which is what makes radioactive materials “radioactive” – they throw off energy). If a person absorbs a large enough dose, there is no cure. You wouldn’t become a ghoul or super-mutant; you’d just die.

Here’s where I should tell you: Q studied nuclear engineering and works at a physics research facility. He knows far more about energy and radiation than me. When we first started dating, this both thrilled and intimidated me.

Early on, I felt like I should know more about the underpinnings of his work. I remembered first learning a little about physics when I’d asked my parents a question about a “black hole”, so I suggested we go on a date to the space centre.

It was a disaster.

I thought I knew about space. I can’t pick a constellation out of the sky, but I know that there was a “big bang” and that the earth orbits around the sun. Sure, sometimes I get “astronomy” and “astrology” confused, but so what?

Q knew everything. At one point, we were sitting on a bench and I looked over at a poster: “Oh, that’s pretty”.

With a passing glance, Q said: “I think that’s a close up of the Eagle Nebula.” 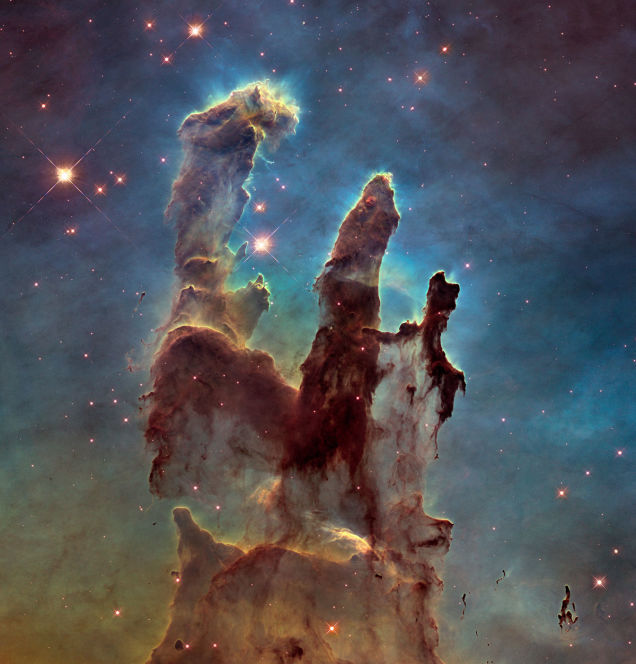 I walked over to it, verified that it was, indeed, a close up of said nebula, and then stared at him for about 30 seconds before saying: “Do you think we have enough in common to sustain a relationship?”

This was not the response he’d hoped for. Talk about fission! (Ah, those heady early days! So nerve-wracking and sweet!)

Now, of course, we almost never talk about physics. Sure, last night as I stacked dishes in the drying rack, Q mentioned that I’d moved one glass from its “lowest energy state” to a “higher energy state”, using “simple Newtonian concepts” to explain why I’d stacked that particular object wrong, but I didn’t take that as an opportunity to talk physics. (I told him that if he had concerns with my stacking, he could wash all the dishes from here on out.)

I do, however, frequently benefit from living with a scientist. Q is calm: he breaks everything down into steps. I’m often inspired to do the same. In fact, this is one of my favourite things about him – how patient and methodical he can be.

My paternal grandparents were both scientists. After they’d both gone, at a memorial service, my dad talked a bit about how much they appreciated the arts. So much of science is anchored by a love of humanity in all its forms, as well as a deep respect for the physical world.

I see this respect in everything now, and it seems to me that to be a scientist, one must both have compassion and believe in the beauty of the human spirit: that a human’s worth is entirely separate from the state of their body. We study things so we can understand and alleviate suffering. Ie. You are not sick just because the devil has touched you, you are sick because this bacteria is growing in this part of your body: this is how we can help. Or you are not crippled because you have been cursed, you are crippled because your body is deficient in x, and this is how we can help.

To get to this point – where explanations are tested and treatments developed – it takes patience, kindness, and strength. You cannot be afraid or accept false explanations, and you must be confident that we will keep learning about the universe and that what we don’t know can be explained. (When I start to talk like this, Q teases that he knew I was a Star Trek fan all along.) I often see this as being adulthood itself: the state of being where we put the collective above ourselves, where we stop selfishly fearing, and we start to cooperate, however afraid we may be, and we treat everyone with dignity.

Perhaps this concept, of “treating everyone with dignity”, is why I think so much about energy: specifically, about the world’s energy needs.

I am conscious, always, that however big the planet is: it is the only planet we have. Everything we have is contained within this atmosphere. I am also conscious that whatever we do has impact. When we burn fossil fuels or forests, that has an impact. We need to be careful with our impacts, because we have to keep living here. There’s no moving to another neighbourhood.

I am also aware that billions of people live hard lives; that they want to be more comfortable, and that being comfortable – having light, heat, hospitals, plumbing, food, transport – takes energy.

We each need to monitor our energy consumption. Some people use much more energy than others. When watching An Inconvenient Truth, seeing Al Gore fly around in jets and town cars, I wondered if he justified the impact by assuring himself that he was travelling for the greater good. I want so badly to support Leonardo DiCaprio as an environmentalist, I think he’s so talented an actor: I just can’t support the hypocrisy of talking about the planet one day, and travelling via private yacht (yachting is the worst!) the next, just to go to parties! 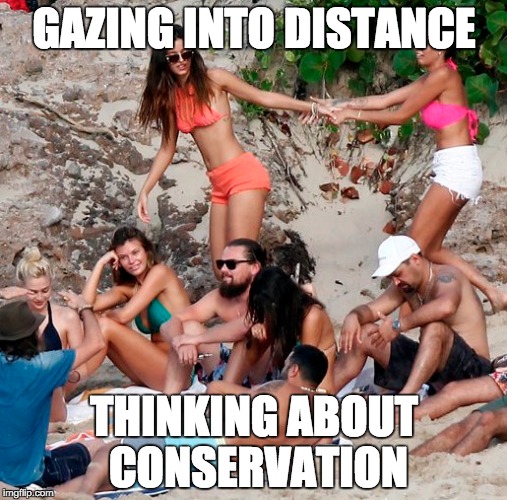 When I see people who have high-impact lives preaching conservation – even, to a certain extent, myself – it seems unfair. By some standards (ahem! Leo’s), I don’t use a lot of energy – but compared to a person living in abject poverty, I use a ton!

I want us, as a planet, to conserve, but I don’t want to condemn the millions of people living in abject poverty to staying there.

So, how do we generate enough energy to meet these needs without making a huge impact?

My vote is for nuclear power.

A few days ago, I got a call asking my opinion on the pipelines. The woman, who was polling for a market research agency, asked several questions about my thoughts on the gas and liquids pipelines that have been so controversial in Canada.

She laughed and said: “There are some of you, but not many. People are more afraid of nuclear power than they are of these pipelines. You’ve got a long way to go!”

People are really afraid of nuclear power. Is it because it seems kind of 1950s? I’m a little scared of the 50s, when I see images like this:

Is it because nuclear is hard to understand?

I guess we break it down into steps and start at the beginning:

(Disclaimer: to draft this next couple of paragraphs, I had to swallow my pride (verrry difficult!) in front of my husband (who I am always trying to impress) to take the ol’ “ask your boyfriend” shortcut. I took it to verify my statements, and told him that I finally understood what it was like to flirt with a boy so you could copy his homework. I made it 31 years without. The things I do for blogging!)

Sometimes particles come together to form elements, which can combine to form other substances. In nature (I’m not getting into space here, that’s a whole other beast – I’m just focussing on this planet), everything is neutral. Think: a tree, a river, a hunk of rock – these have no charge. Except gold, you don’t find conductor metals in nature: the copper used to wire your house had to be mined from rock.

Some metals are more dense than others: they have more particles in them. Uranium, which has to be mined, is very dense (meaning it has a lot of particles in it). When you hit uranium with certain particles, because it is so dense, it will break down into smaller substances. This process is called nuclear fission.

Nuclear fission releases energy from the uranium in the form of heat – lots of heat. Nuclear power plants use this heat to run generators and create electricity.

Coal powered power plants have similar mechanics: there, they burn coal to create heat, which is used to run similar electrical generators. (At power plants, the generators are usually steam turbine generators).

Earlier today, we drove past an apartment building with a chimney to one side. I realized, looking at it, that the apartment building was likely heated with natural gas: a natural gas furnace burns gas to create warm air, which is the circulated throughout the building. The chimney is to release the smoke from that combustion – you wouldn’t put that smoke in your home, because it would fill the air you breathe and you’d suffocate.

Similarly, coal powered plants have chimneys: they use these to send out the smoke from the combustion. This smoke, because so much of the world’s energy comes from fossil-fueled power stations, contributes to global warming. This smoke is the power plant’s waste.

Nuclear power plants do not release smoke, but they do have waste. The nuclear fuel, which is primarily uranium, must be changed. The used fuel is called spent fuel, and this fuel continues to release energy, just not enough to be used to create electricity.

Radiation is energy that comes from a source. The sun produces radiation; UV-rays are ultra-violet radiation from the sun, and they’re part of sunlight.

Thus, spent fuel must be contained and left untouched. But, here’s the thing: we can contain the spent fuel and leave it untouched, which we can’t with coal smoke.

Are people afraid of disasters?

Disasters happen with other kinds of power generation too. Many, many people have died in coal mining disasters, for example, or from black lung after. But there’s something about nuclear disasters that seem extra frightening: you’ll hear about plumes of radioactive material being sprayed after an explosion and you think “what does that mean? Does everything around the explosion die?”

It depends: it depends on how much radioactive material there is, and at what state of decay.

Sadly, most nuclear disasters are later found to be preventable.