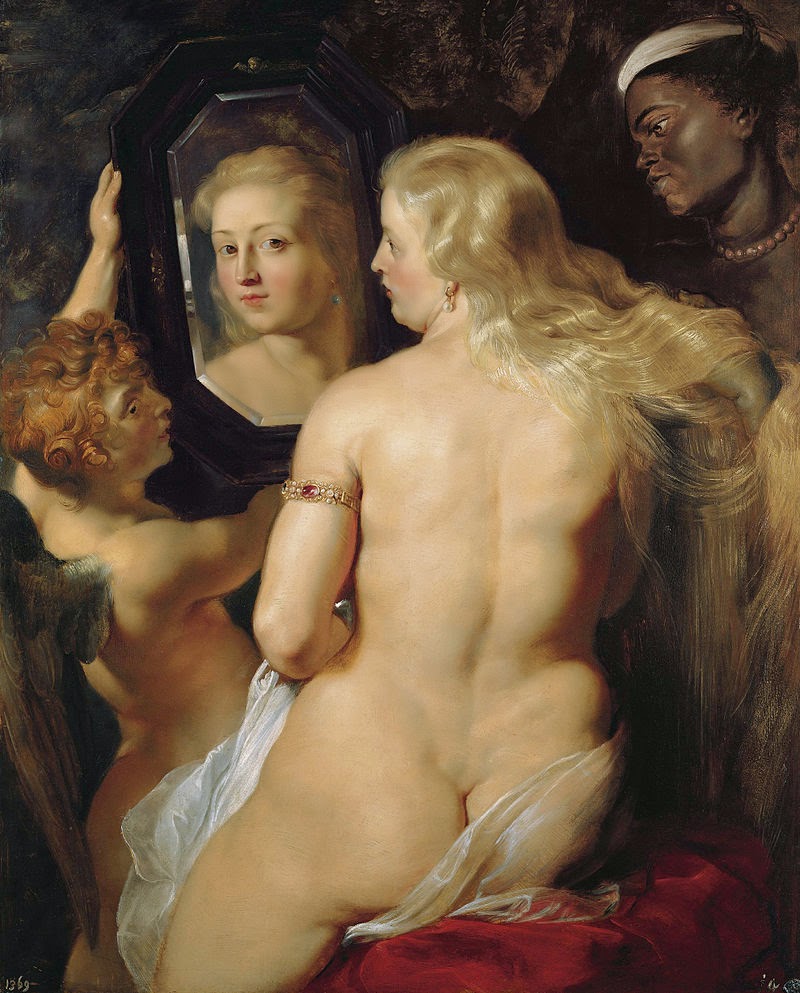 This is the post I wrote before an encounter at the Winners changeroom:

The book I just finished (more on that tomorrow) has me thinking about science. I am not a scientist, but I see the appeal. I think of Neil deGrasse Tyson: “The good thing about science is that it’s true whether or not you believe in it.”

On my way to work the other day, I thought about separating human constructs from the physical world. The road I walked along, the trees growing next to the sidewalks, that my body was alive and blood pumping through me: that’s science.

But the rest of it? Why this person earns more than this person, why we have power hierarchies, racial superiority: those are human constructs. They exist, they’re real, but they’re not “true” like science – they’re amorphous. We can change what we believe, and certain structures will cease to exist. (Remember when there was pride in working at Goldman Sachs? See also: the monarchy.)

I thought about why one body is thought of as more beautiful than another. Why we have supermodels.

Of course, I know why – I studied economics (basically, the mother of all human constructs). Exclusivity, rarity, scarcity. There are more short, chubby people than tall, slim ones. There are more dark-haired people than fair-haired ones. So we want to be taller, thinner, fairer.

Despite that one cannot prove, scientifically, that looking that way is “better” than looking another. Blonde or brunette? Who cares! I mean, other than the entire beauty industry, specifically the hair colour division.

On some level, “beauty” is a feeling – I’ve had days where I’ve been the same size and shape all day, in the same clothes – and at one point, I’ve felt very, very beautiful (usually, I’ll say to my husband: “Tell me – tell me I’m more beautiful than the sun!”), but at another? Not at all (Then it’s: “Don’t look at me!”).

I’m not an anarchist. I’m not going to tell you to rage against the machine: that beauty is totally a construct and, ergo, we should ignore it, as we should all the parts of humanity we don’t like. Nor am I an idealist: every time I approach a potential feminist pitfall, I remind myself: “there’s the world I want to live in, and then the world I actually live in.”

Being seen as attractive will make your life easier. Attractive people receive social benefits that others may not. Others may be nicer to you; others may waive fines for you, hire you, question you less, pay you more. They’ll think you’re healthier, they’ll assume you’re smarter. We do value some bodies more than others.

If you’re beating yourself up about not being thin enough or pretty enough, you’ve likely internalized at least some of these cultural values, science be damned.

But it’s a slippery slope, particularly for those who might already be considered attractive. Losing 10 pounds will not change your life or make you happier. Any beautiful woman with a cheating husband can tell you that. (It sounds like this: “Wouldn’t have mattered if I was Cindy Fucking Crawford – a cheater is a cheater is a cheater.”)

After my walk, later that day, at least three people I’m close to confided that they wanted to lose some weight. “Just tighten up here, or just 10 pounds.” All three are striking – if you saw them on the street, you’d have no idea. You might even think: “Boy, I wish I looked like that! If I could only look like that, my life would be better.”

I felt, that evening, as though I may be the only person who didn’t want to change my body. This is not to say I’ve never had those moments, like: “Oof, if only my thighs were more toned!”. I have, of course – occasionally. I’m human, and I’ve read Vogue, Elle, Marie Claire, In Style, etc. But certainly not enough to doubt my body.

I’ll wonder how much they’ve bought into these cultural values, and if they can see how arbitrary it is.

Because, quite frankly – there is no science to beauty. It’s an art.

And now, after the Winners changeroom:

Maybe I was only feeling so confident and no-nonsense because I’ve spent the last 6 months on a clothing hiatus. I’ve been too busy with my work and my life and my new husband, who tells me I look beautiful even when I’m like a troll, complete with boils.

Don’t get me wrong – I’ll take it, and I love it. Every second of it, I thank my lucky stars that his eyesight is not better. (No laser eye surgery for us, thanks. Save your breath, Lasik M.D.)

It’s just, all that love can get to your head. And I forgot – I forgot what it’s like under the harsh fluorescent lighting of a discount clothing store changeroom.

I also forgot, temporarily, that no matter how well-made or nice the fabric is, some clothing is not cut for my body type. Ahem.

Basically, I tried on this dress, in my regular size: 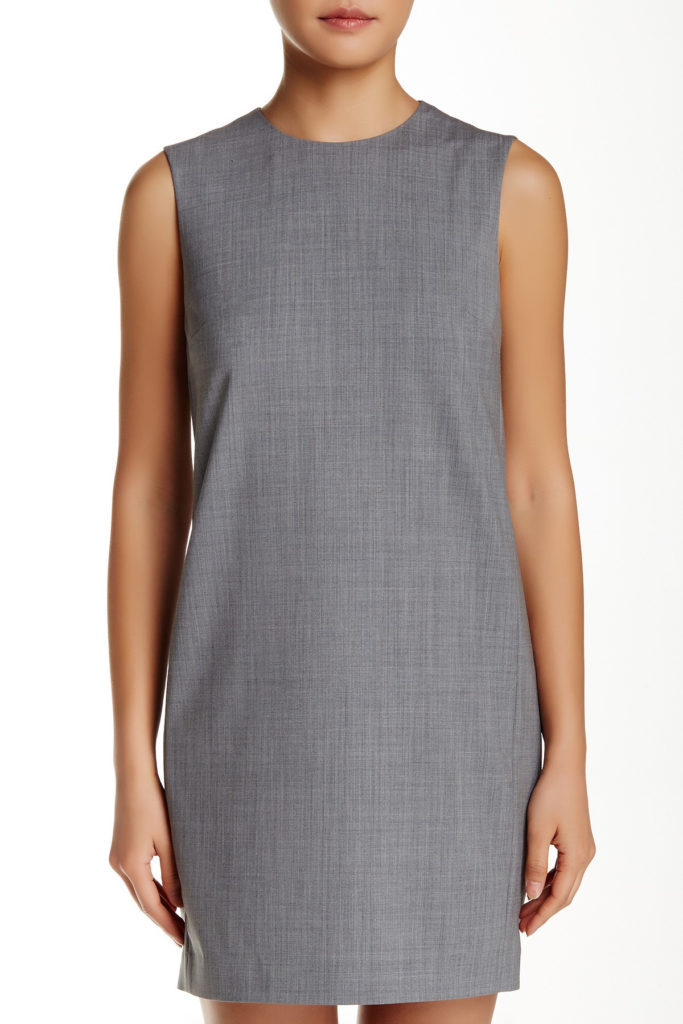 When I grabbed it from the rack, I thought I was going to look so sleek and professional.

That was not how I looked.

And, temporarily, instead of thinking: “Not the right cut for me.” I thought: “Maybe I should just tighten up there.”

That’s right, even after writing a whole diatribe about how arbitrary beauty is.

I can tell you, with certainty: alone in that changeroom, I was not thinking about anyone else’s body – I was not judging anyone else’s shape, weight, or form. Oh no. I was zeroed in on my own Hips, Ass, Thighs.

“I think every girl has their difficult part of their body that’s difficult to dress,” she said. “For me it’s always been about being petite and curvy. There are certain styles I’d love to wear, but I just have to come to terms with the fact that I just don’t look good in like a sack dress, it’s just not going to happen.…As you get older you learn more about your body and what looks good on you…”

In case you forgot, Scarlett Johansson looks like this: 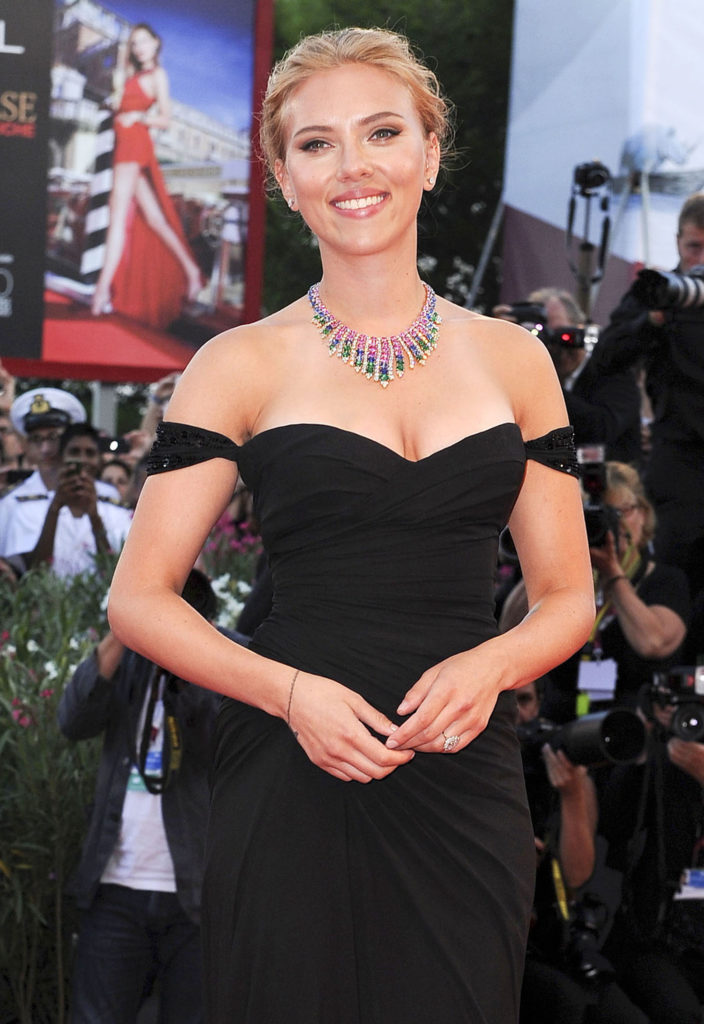 I’m not saying I look like Scarlett Johansson. (Unless you want to read it that way – then fine. That’s allowed. You flatterer!)

But damn, let’s acknowledge: even Scarlett Johansson thinks about dressing for her body type. As lovely as fashion is, it’s here for all of us – people of all shapes and sizes – so you’ve got to think a little bit about where you fit on the continuum. Some shapes are made and cut for you; other silhouettes might be roomy all through your upper half and then squeeze other parts like a tourniquet before some obscene medical procedure.

And also – some lighting should be disallowed.

Having (in the past 2 days) run the gamut of feelings/reflections about Beauty, here are my notes:

Here’s to a life full of beauty! Good luck to us all!